Dr. Michael Latimer joined 1st Eye Care in Weatherford, July 2004. Dr. Latimer graduated from the University Of Houston College Of Optometry in 2004 after completing two internships at Houston Eye Associates, specializing in Corneal Disease and the Diagnosis and Management of Glaucoma. He earned a Bachelor of Science in Biomedical Science from Texas A&M University. In his free time, Dr. Latimer enjoys spending time with his wife and two children.

Dr. Tom Annunziato established the 1st Eye Care offices in 1977 and is the owner of both practices in Fort Worth and Weatherford. Dr. Tom graduated from the University of Houston College of optometry. He is an Eagle Scout, and a veteran of the United States Air Force. Dr. Tom is a father of five, his favorite activity is spending quality time with his wife Tracey, and family. He has been a marathon cyclist for 22 years, and volunteers his time and medical services to shelters, churches and charities across Texas. He was awarded Optometrist of the Year for the United States in 2005, and the same year, Dr. Annuziato was also awarded Optometrist of the Year for Texas. Dr. Annuziato currently works at the Weatherford and Fort Worth locations, still serving patients with excellence and dedication. 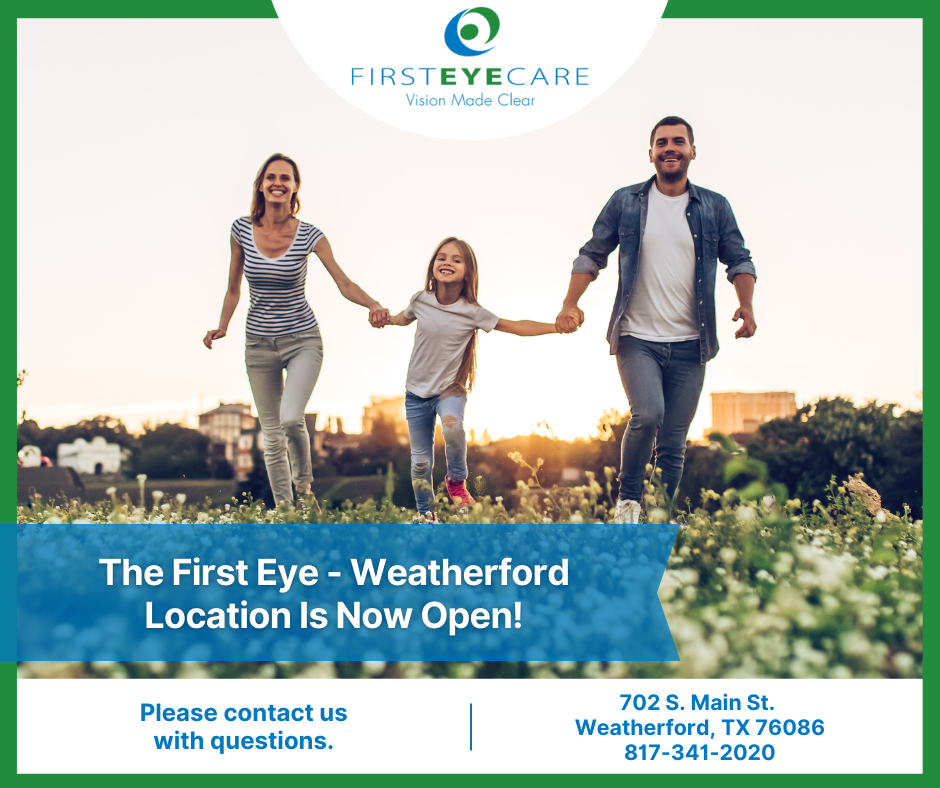